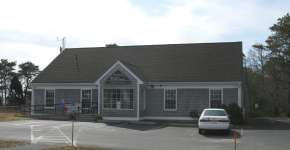 Monomoy stretches eight miles south off the elbow of Cape Cod. Due to storms and shifting sands, it has over time been a peninsula or a series of islands. Since 1944, the barrier islands beach system’s ever-changing lands have been part of the Monomoy National Wildlife Refuge. As part of the U.S. Fish and Wildlife Service, the National Wildlife Refuge System manages networks of water and land specifically for the protection of wildlife and its habitat. The Monomoy Refuge encompasses 7604 acres, and includes the varied habitats of ocean, dunes, freshwater ponds, and salt and freshwater marshes. The refuge provides resting, nesting, and feeding habitat for migratory birds, including the piping plover and roseate tern. A link below labeled “Wildlife Refuge Rules” will display a copy of the do’s and dont’s on this Federal property.

In 1970, most of the Monomoy Refuge received the additional designation of "wilderness", which provides a higher level of protection from human intrusion. Monomoy contains the only coastal wilderness designation in southern New England. Nevertheless, the refuge provides visitors with many wildlife-dependent recreation opportunities, including hiking, fishing, photography, and nature study. The Monomoy Refuge Visitors Contact Station and Headquarters is located on Morris Island, and is open seasonally. A 3/4-mile nature trail on Morris Island winds through several coastal habitats, and has overlooks with views of North Monomoy Island. (Take this nature trail via smartphone eTour by pressing the button below).

Monomoy had an interesting history before it became a Wildlife Refuge. Native people inhabited the peninsula 6,000 to 8,000 years ago. Early French and English explorers explored and mapped the coastline, and by the 1700’s there was sporadic habitation of European settlers. The Monomoy Lighthouse was built in 1823, and was used throughout the rest of the century; a small fishing village also grew up around the area known today as Powder Hole at the southern end of the peninsula in the 1800’s, and was abandoned when a hurricane shoaled in its natural harbor. Summer cottage "beach camps" also grew up along the islands, with the last one remaining until the spring of 2000. In the early twentieth century, three life-saving stations were located on what is now the Monomoy Wildlife Refuge. The U.S. Government took over Monomoy and used it as a bombing practice range during WWII, before it became a wildlife refuge.

The land profile of Monomoy is ever-changing. In the 1800’s, it was composed of a series of sand-spit barrier islands stretching down to the treacherous waters of Pollack Rip and other colorfully named shoals. By the early 20th century, it was a peninsula arm, connected to the mainland at Morris Island. In 1958, a spring storm tore the peninsula off the mainland, creating a single Monomoy Island. Twenty years later, the island split in two during a winter blizzard, forming a 2.5 mile long North Monomoy Island, and the 5 mile long South Monomoy Island. You can see Monomoy’s configuration over time at the Wildlife Refuge Visitors area. Today, as a result of the shifting sands that started with the 1987 Lighthouse Break in the Nauset Beach barrier, one can walk from the mainland to the Monomoy Lighthouse, for the first time since the early 1900’s. (But visit the Monomoy Wildlife Refuge Center Visitors Center for more information if you plan to walk onto Monomoy from Lighthouse Beach).

An eTour of the walking Nature Trail on Morris Island can be accessed by pressing the “Nature Trail eTour” button below. There is also a link to the Wildlife Refuge's own website below.