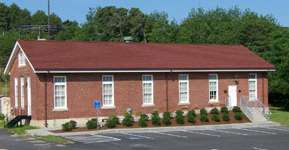 Only about a hundred years ago, “wireless” was a new technology, and it meant sending telegrams, in Morse code, over the airwaves for distances of thousands of miles. How times have changed! The Chatham Marconi Maritime Center is housed in what was once the operations building of this historic wireless station built in 1914; it served an important role in wireless radio communication first as a point to point station paired with Norway, and later only with ships around the world until the station closed in the 1990s. The Marconi Center's mission is to preserve this important piece of Chatham&rsquos history, as well as to interpret the history of maritime wireless communication, and to develop innovative educational programs in science and technology.

Walter Cronkite gives the early history of the site in this excerpt from the Marconi Center's documentary film entitled "WCC/Chatham Radio: The Untold Story" -

(Walter Cronkite's narration:)
It was here, in 1914, that radio pioneer Guglielmo Marconi established what would become the busiest ship-to-shore station in North America - WCC, Wireless Cape Cod. In his efforts to compete with the trans-Atlantic cable, Marconi had astounded the world a decade earlier with the first two-way wireless communication between Wellfleet, Cape Cod, and Poldu, England. Now with the new station in Chatham, he set to the business of making his initial breakthrough a day-to-day reality.

The station actually operated under Marconi’s company for only a few years. After World War I, the site was used by the US Navy. It was acquired by RCA in 1921, and under RCA became the busiest Ship to Shore radio station in this hemisphere. The site was taken over again by the Navy during World War II, and played a crucial role in the Battle of the Atlantic in intercepting coded messages to and from the German submarine fleet.

Inside the Marconi Maritime Center, you will uncover the secret mission of the station during WWII, and experience the “world’s greatest coastal station” for ship-to-shore communication. See, hear and interact with the new exhibits featuring new videos, and have the opportunity to send Morse code and follow a message from ship to shore.